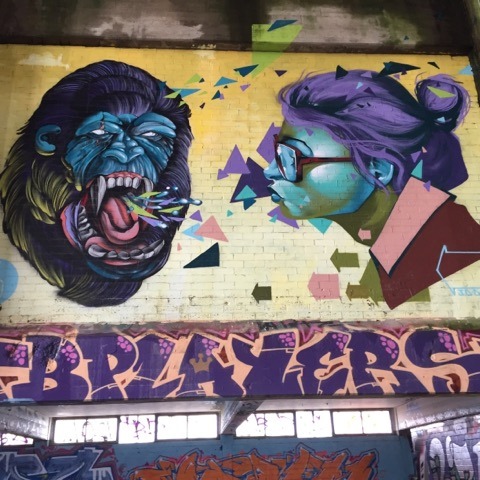 Often when we feel busy, its not that we have too much to do – its that we are neglecting to prioritise clearly and execute effectively. When you feel like the weight of the world is on your shoulders and there is so much to do – you can often just decide to do nothing at all!

The Eisenhower matrix will support you in having the most productive week ever. It’s a quick way to brain dump everything that’s overwhelming you and come up with a plan of attack to get shit done, and feel a little less shitty about it all too!

I use this on days where I feel like I have so much to do and don’t even know where to begin. Ill sit down at the kitchen table, push the leftovers from breakfast to the side and give myself ten minutes to calm my nerves, steady my thoughts and complete this simple matrix.

Imagine you have a piece of paper and you divide it into four squares .

The top two squares are for you to write down the things that are important. The first square on the left, you write all the completely urgent things you need to get done straight away.

In the square next to it, on the right, are things that are important but you can schedule to do later. Scheduling is important. Its not putting it off – its making a clear plan of attack for when it will get done. Its getting on the phone, making appointments, setting aside time for specific things. It could be deciding what session you are going to at the gym so you don’t have to feel anxious about somehow getting a workout in today too. You would literally look at the gym timetable, pick a session – write it down. There you go, its scheduled, it will get done, you can stop thinking about it.

In the square on the left are things that are important but could be delegated to someone else. Its asking your partner to take care of the washing, its collaborating with a coworker, its outsourcing. Its admitting that you aren’t going to ever wash your windows and finally just booking someone to come and do it.

And the last square – that square is for the things that you don’t consider urgent or important – so you can just drop them altogether. Take them off your to do list and off your mind.

There you go. Your brain isn’t spinning. Your plate isn’t dirty with too many things to do. You have a clear picture of your priorities and an order of attack.

Usually, when you gift yourself organisation – you actually find far more time in your day. Heres a tip – if scrolling instagram wasn’t on your list of URGENT things, stop doing it. You can usually find about 2 hours of mismanaged time that is leaking out of your day every time you watch something stupid on tv, or browse the internet or whatever it is you do when you procrastinate.

You matter. Everything is important – but your health is the one thing that will derail everything else in your life if you don’t give it the attention that it deserves.

Its time to stop running yourself into the ground and prioritising things that don’t deserve the number one position in your life.